A little while back we took a look at ISAGENIX . We’ve tried it our selves, with some mixed success. But we’ve referred someone to it, and they decided to write a review for us. Keep in mind that any change to your diet should be discussed with your GP. If you are wanting to be feel fit and healthy, NUTRITION is 80% of the battle. So here’s the review

All my life I’ve struggled with my weight. It got to me so much just before Christmas last year that I was despairing of ever being able to control my weight. I was having a conversation with my health conscious son about my battle and he suggested I should give the IsAgenix 30 day weight loss program a try to give me kick start to losing weight.

He suggested it would perhaps give me the incentive to then continue on by myself and take control of my diet. So I bit the bullet and made the commitment to try it. I received four large containers of the shake mix, 2 containers of Cleanse for life mix, some IsAgenix snacks, I bottle of Ionix berry flavoured liquid plus two bottles of dietary supplement tablets.

I started my journey with a bit of cynicism I have to say as I have been down the diet path so many times without success. However I was pleasantly surprised at how easy it was to keep on track. I used the meal replacement shakes for breakfast and lunch, with the appropriate snacks in between as per the advice from the program. I had my main meal of the day at dinner time as it was more convenient for my partner and I to do it that way.

I have to say at no time was I ever craving food of any sort. The shakes satisfied me during the day and were no hardship to drink. They come in two flavours, chocolate and French vanilla. I chose the French vanilla flavour. At first I thought the taste was a little bland, however the more I used them the more I enjoyed them. One of the snacks that are suggested was raw almonds, and while I was never a great fan of them, I now find that I quite enjoy eating a few for a snack. I found they suited me best to have them around 4pm as that is when I’ve always had difficulty previously when trying to lose weight. It just seems to be such a long time from lunch to dinner.

The hardest thing about the IsAgenix weight loss program was the “cleanse for life” powder. This powder is used on a fasting day. It is taken several times a day as a replacement for food. A few small snacks were allowed on the day. But no protein of any sort is taken. Combined with the appropriate dietary capsules, this process is used at least once a week. I made the mistake of using the Cleanse for life powder two day in a row, while still continuing my usual routine of going to the gym each morning. I discovered that drinking this powder for the two consecutive days made me very light headed and feeling quite weak, and I wasn’t able to do my usual routine at the gym effectively, so learnt that it suited me best to just use it once a week.

So for the 30 days I followed this program and I was pleased at the end of that time that I had lost over 10 kilos. It did tend to make me a little bit constipated if I wasn’t careful but on the whole I really had no issues with it for those 30 days. However when I finished the dietary supplements I found it difficult to continue with a normal diet. Some foods just didn’t taste the same or didn’t agree with me. It was quite an expensive program to purchase initially, but on balance with a week’s worth of groceries, it is really on a par price wise, providing you stick to that program. I would suggest anyone wanting to get a kick start with their weight loss should consider giving it a try. Zachary Ballar 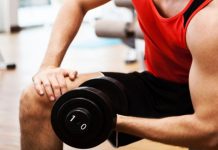 Simple Strategies On How To Achieve Weight Loss 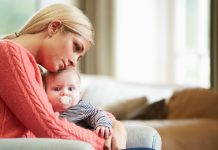 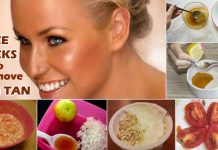 Simple Strategies On How To Achieve Weight Loss

The Best IVF Centers Help to Get You Pregnant