Do you feel demotivated after looking at yourself in the mirror due to your weight? Well, you are not alone! The Robert Wood Johnson Foundation along with Trust for America’s Health recently released their study about adult obesity percentage in the United States. The study found that around 30 percent of adults in the United States are Obese.

Obesity has been related to heart diseases, stroke, cancer, diabetes, and several other health issues in the past. Now, according to one report published in the American Journal of Public Health, obesity is killing at-least one out of every five Americans. The study also suggests that overall 18 percent of Americans die due to Obesity related diseases. So, reducing that fat is definitely as important as reaching office on time.

Are you planning to take steps that can reduce your weight quickly? Here are some tips that can help you get rid of five pounds in the next seven days.

Several people gather will power, time, and resources required to lose 10, 20 or even 50 pounds within a month’s time. But they end-up with just frustration due to lack of proper planning.

This may not sound true, but you can reduce considerable weight in just seven days by simply changing the way you do certain things in your day to day life.

During the first seven days of your struggle for weight loss, your body will start getting rid of bloating, perhaps, some toxins and excess water. But, even getting rid of these substances will give you that winner like feeling.

Eating pattern, sleeping pattern and exercise pattern is something that you should focus on. Here are some points that may prove helpful in-order to lose at-least five pounds in seven days.

In order to keep hunger at bay and maximize fat burning, you should make sure that you are eating during the appropriate time frame.

Most importantly, never go for exercising with an empty stomach. You can eat snack before exercising. After coming back from workout, eat snack consisting of carbohydrates rich food items. Try to eat within 45 minutes from the time when you finish exercising.

Some people eat two heavy meals and one snack throughout the day. This is definitely not the appropriate way of eating. Experts recommend people to eat breakfast within one hour after waking-up from sleep, and then go for quick snack after three hours form breakfast. 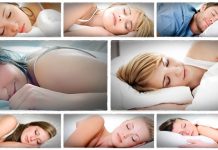 Excellent Ideas On How To Get Rid Of Some Excess Weight 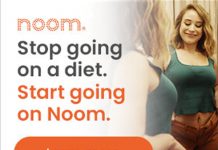 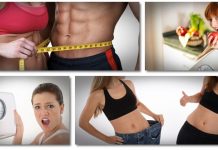 Weird But Effective Trick to Motivate Yourself to Lose Weight

Excellent Ideas On How To Get Rid Of Some Excess Weight

ABOUT US
The information on shealthlife.com is for educational purposes only, and is not intended as medical advice, diagnosis or treatment. If you are experiencing symptoms or need health advice, please consult a healthcare professional.
Contact us: [email protected]
© Copyright 2022 - ShealThlife.com All Rights Reserved.